“ServeMaster? It’s crazy how good that thing is” says Michael Parks, father and coach of professional player, Alycia Parks. “The girls started using ServeMaster when they were 8 and 10 years old and Alycia uses it now as a part of her daily routine on the WTA tour”. 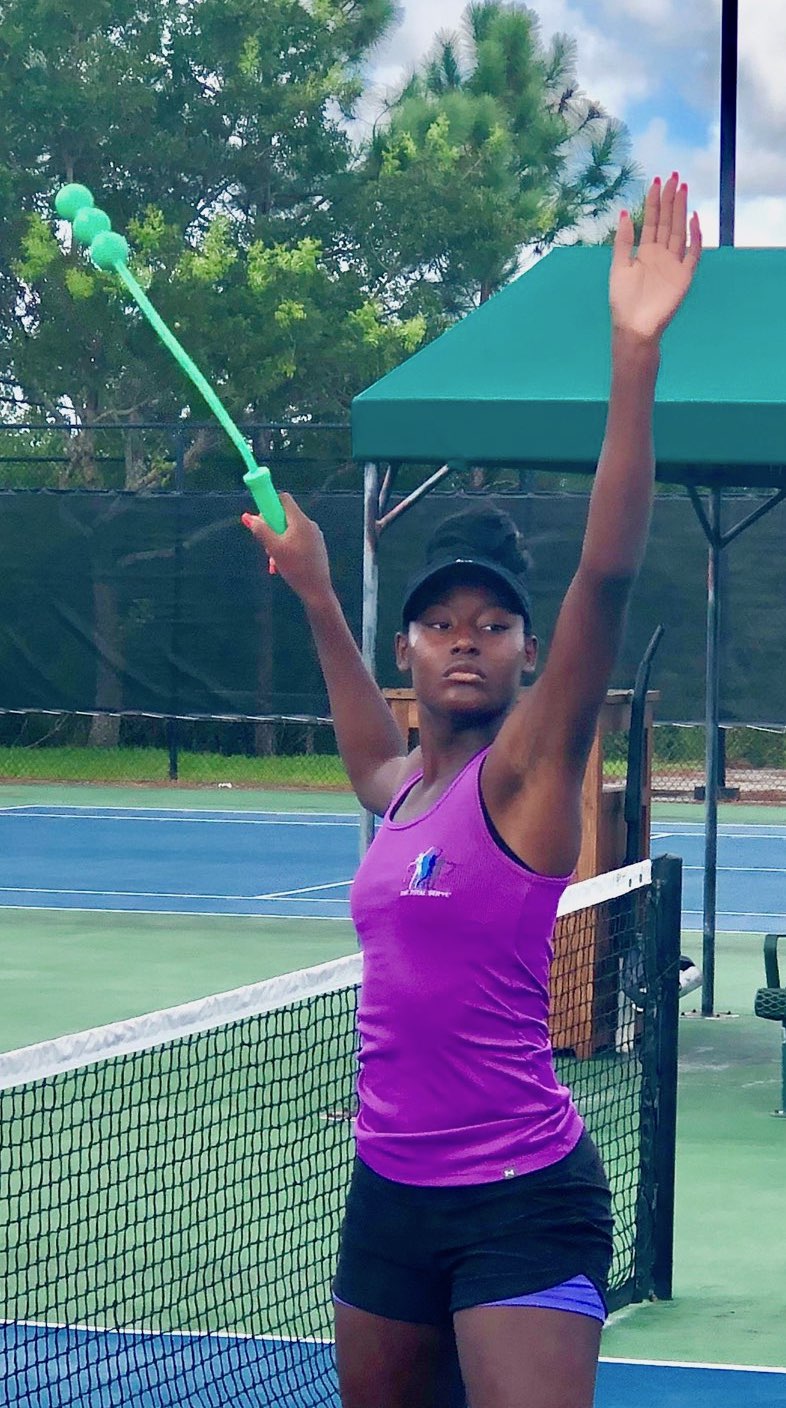 Alycia, now 18, stepped into the professional arena at the end of 2018 and has wowed opponents and spectators with her game, her athleticism and her SERVE. She came onto the WTA computer at #984 and is currently #420 and poised to drop another 100 spots shortly.

When asked how fast Alycia’s serve is, Mike says “I don’t really know. I’m waiting for her to play the

Australian Open to make it official. All I know is that spectators come running when they hear the pop of that serve. She hit 10 aces in one match and 27 aces in that same tournament about a month ago. It’s crazy”.

"As a tennis developer", says Lisa Dodson, "hundreds of parents and coaches have told me they have the next big player. Then I met Michael and Erica Parks, the parents of Alycia and Mikayla Parks in 2011 and I knew at least one of the girls was destined for big things. ServeMaster quickly became a sponsor for the girls at an early age and has made us a great team for almost 9 years."

In 2018 Mikayla decided to take more of a business approach with her skills and has developed a successful clothing line, Alycia Mikay Fashion Boutique, with her Mom, Erica Parks: https://alyciamikay.com/.

“When we found ServeMaster, that was the perfect tool for smoothing out the serve, getting a rhythm for acceleration and to keep her healthy. She uses it every day” says Mike.Alycia is on the road with Mike, racking up WTA points and making her mark on women’s tennis. “Alycia is a freak of nature”, athletically and physically, says Mike. “She didn’t play many junior tournaments because I wanted to keep her healthy and I wanted to train her my way. I know what is best for my girls”.

What does Alycia say when asked about how she can serve so powerfully? I don’t really know, it just feels natural to me. I don’t have to think about it. I get a lot of easy points so I can feel more relaxed and confident with the rest of my game. ServeMaster has really helped me a lot”.